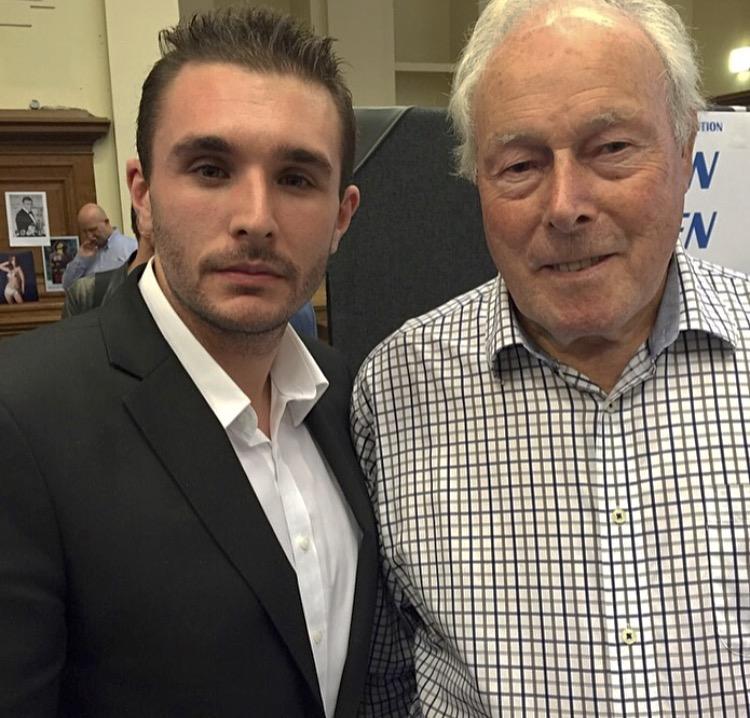 Ritchi Edwards has been acting for over 16 years, born with one hand, which has not hindered him on pursing his dreams in the arts. Drawing strength from each role he has taken on and influenced by his own family, he was urged to go to Theatretrain. There he managed to fine tune his creativeness. His great uncle, actor Terence Mountain has acted alongside many Hollywood legends such as: Clint Eastwood, Richard Burton and George Lazenby in the James Bond Movie, On Her Majesty's Secret Service.

Mr. Edwards' first starring role was on the London's West End in a production of The Long And Winding Road as The Beatles Manager Brian Epstein, since then has appeared in the stage production of Terry Pratchett's Wyrd Sisters! (as Vitoller), his movie credits include Homeless Ashes (as Al), Blame(as Will), AWOL- Absent Without Love (as Clyde Paker), Are We Dead Yet? (as Stumpy) written and directed by Fredi 'Kruga' Nwaka.

As an actor Ritchi Edwards is compelled by thoughtful, nuanced theatre and film in varied aesthetics. He firmly believes in the transformative power of theatre and film--as a social, political, emotional, and humanistic force. Above all, he is committed to a life in theatre and film as a means of participating in the artistic dialog that is so vital to the health of any society, and especially ours.

Links to some trailers:

Wishing you all a very Merry Christmas & Happy New Year

Wishing you all a very Merry Christmas & Happy New Year

Homeless Ashes is now available in the US & Worldwide

A tribute to a legend... Read More